Three Questions for Reyna Grande Regarding Her Historical Novel,
​A Ballad of Love and Glory
By Daniel A. Olivas 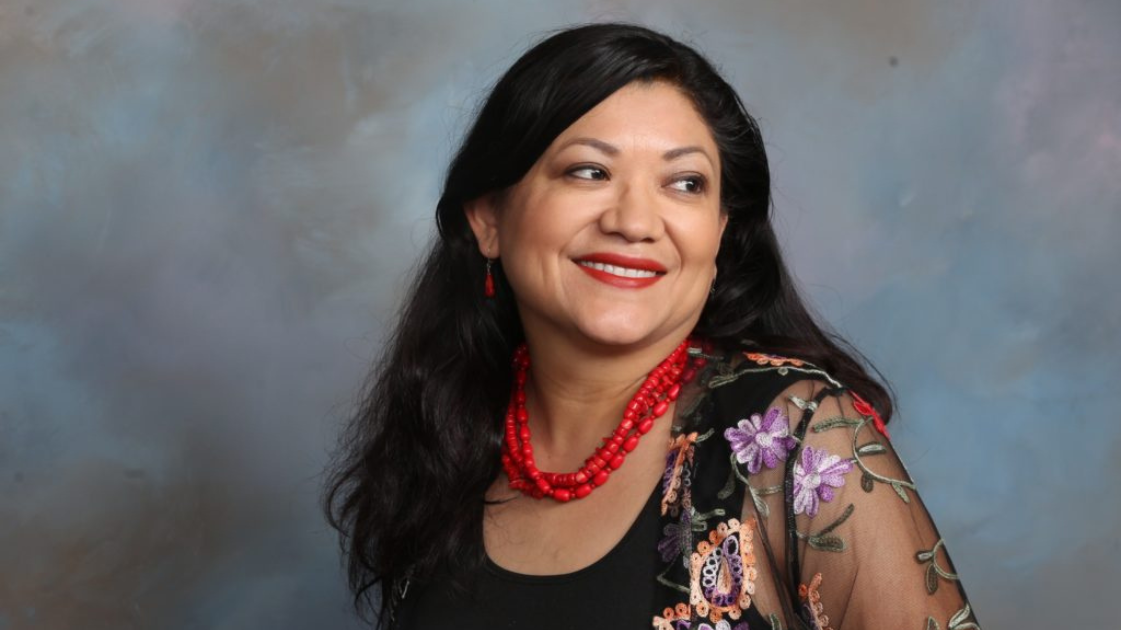 Reyna Grande’s path to becoming a bestselling author was not based on financial privilege or being born into a well-connected family of writers. She was just two years old in Iguala, Guerrero, Mexico, when her father left for the United States to find work. Two years later, her mother followed leaving Grande and her siblings behind. It wasn’t until 1985, when Grande was nine, that she left Iguala to make her own journey north across the border to reunite with her family. As an undocumented immigrant whose family struggled financially, very little in Grande’s life could have foreshadowed what lay ahead for her other than a determination to better herself and be heard.

I first encountered Grande’s writing in 2005 when I put out a call for submissions for an anthology I was editing of Los Angeles fiction by Latinx writers. It was the first anthology of its kind, and remains so. Grande’s submission came through the mail—I was not accepting electronic submissions at that time—and ended up in a large stack of other manilla envelopes. When I eventually read her short story, I knew I was in the hands of an assured and mature writer. I quickly accepted it, and Grande became one of the several dozen authors featured in Latinos in Lotusland (Bilingual Press, 2008), that included such literary stars as Luis Alberto Urrea, Helena María Viramontes, and Luis J. Rodriguez, as well as then-newcomers Salvador Plascencia, Estella González, and Alex Espinosa.

Between her 2005 submission and the 2008 publication of the anthology, Grande published her first novel, Across a Hundred Mountains (Atria, 2006), to universal acclaim. Since then, she has published two memoirs, The Distance Between Us (Atria, 2012), and a sequel, A Dream Called Home (Atria, 2018). Her other works include the novel, Dancing with Butterflies (Washington Square Press, 2009), as well as The Distance Between Us young readers edition (Aladdin, 2016). Grande has won numerous awards and her books have been adopted as the common read selection by schools, colleges, and cities across the country.
REYNA GRANDE: I very much enjoyed returning to fiction after twelve years since my novel, Dancing with Butterflies, was published. I embraced my return to novel writing by challenging myself to try historical fiction, a genre I hadn’t explored. What I enjoy about fiction is not having to be the protagonist of the story, the way I am in my memoirs. It was a relief to explore someone else’s journey, someone else’s pain, to not have to expose myself completely and make myself vulnerable on the page the way I did with The Distance Between Us and A Dream Called Home. The challenge, of course, is being able to see the world through my characters’ eyes, to render them onto the page so they feel real to the reader.
​
With A Ballad of Love and Glory, what was particularly challenging was making the time and place believable. I take the reader to the 1840s, a time period I didn’t live through and yet I had to make sure I captured the atmosphere in a way that you feel you are there. Another challenge was my protagonists themselves. The male protagonist—John Riley—is a historical figure; the female protagonist is fictional. The war story is real but the love story is not. I tried to stay true to the historical timeline and did not distort or manipulate the facts to fit my plot. I wanted the reader to trust me, but fitting my own story into the history was not easy. Blending fact and fiction was challenging, but it was also fun once the pieces fell into place! What I like about historical fictional is that a history book tells you what happened, but a novel shows you how it felt.
​
OLIVAS: Though my father taught us the story of the Irish immigrants of the U.S. Army who deserted to join the Mexican Army, not a lot of people know about this part of Mexican history. How did you learn about the key historical figures and events in order to write your novel? Were there resources that you found particularly helpful or insightful?

GRANDE: I would add that it isn’t just part of Mexican history but also U.S. history—the mass hanging of the members of the Saint Patrick’s Battalion is, collectively, the largest hanging in U.S. history. Something so shameful that the U.S. government denied the existence of the Saint Patrick’s Battalion for a long time, but eventually they released the records of their court-martial.

I learned about this courageous battalion of mostly Irishmen at one of my events. Someone asked me if I had ever heard of the Saint Patrick’s Battalion and suggested I write their story. I went home and searched the battalion and became fascinated, especially with its leader—John Riley of County Galway. I wanted to know why he deserted the U.S. army and switched sides to help Mexico defend itself against the U.S. invaders. I found many parallels between Irish immigrants of the 19th century and Latino immigrants of today in the way they were demonized, reviled, and subjected to nativist mistreatment. I also found parallels between Ireland and Mexico, not just their Catholic faith but their oppression by an Anglo-Saxon protestant nation. Both were victims of imperialism.

All in all, I read over a hundred books—history books about the Saint Patrick’s Battalion and about the Mexican-American War, but also about the Texas Rebellion and its subsequent annexation. I read books, articles, and blogs, about the flora and fauna of South Texas/Northern Mexico, and the memoirs of 19th century historical figures who participated in the war. I also read diaries and letters written by soldiers, which was very helpful in getting all the details about military life. My research was also very specific—since Ximena is a curandera, I had to read on curanderismo and medicinal plants; since Santa Anna was obsessed with cockfighting, I had to learn about the blood sport; since John Riley is someone not of my own culture, I read  history books and novels about 19th century Ireland to capture his voice. I also consulted with Irish historians and visited Ireland and other places I write about.

Now I have deep respect for writers of historical fiction! It is not an easy genre, but it is an important one.

OLIVAS: What do you hope readers get from your novel?

GRANDE: I want to help readers learn more about this forgotten moment in United States history that led to the U.S. taking half of Mexico’s territory. The U.S. invasion of Mexico of 1846 to 1848 has been deliberately erased from our collective consciousness, and yet it is the moment in history when the U.S. doubled in size, but it’s as if it never happened. We need to reclaim it, understand it, and learn from it. The novel helps readers rethink what they know about our southern border and how they view Mexico and Mexican-Americans. Also, in light of what is happening right now with the Russian invasion of Ukraine, the reader can draw parallels to what happened to Mexico in the 19th century. We are witnessing the brutality and greed of imperialism, the death and devastation wreaked on a smaller, weaker country by a superpower. A Ballad of Love and Glory shows readers what that looks and feels like. The invasion of Mexico in 1846 was the first time the U.S. invaded a sovereign nation but it wasn’t the last. This is a great moment for us to think about what kind of country we have been—and what kind of country we should strive to be.
Optimonk subscribers