The Origins of La Llorona 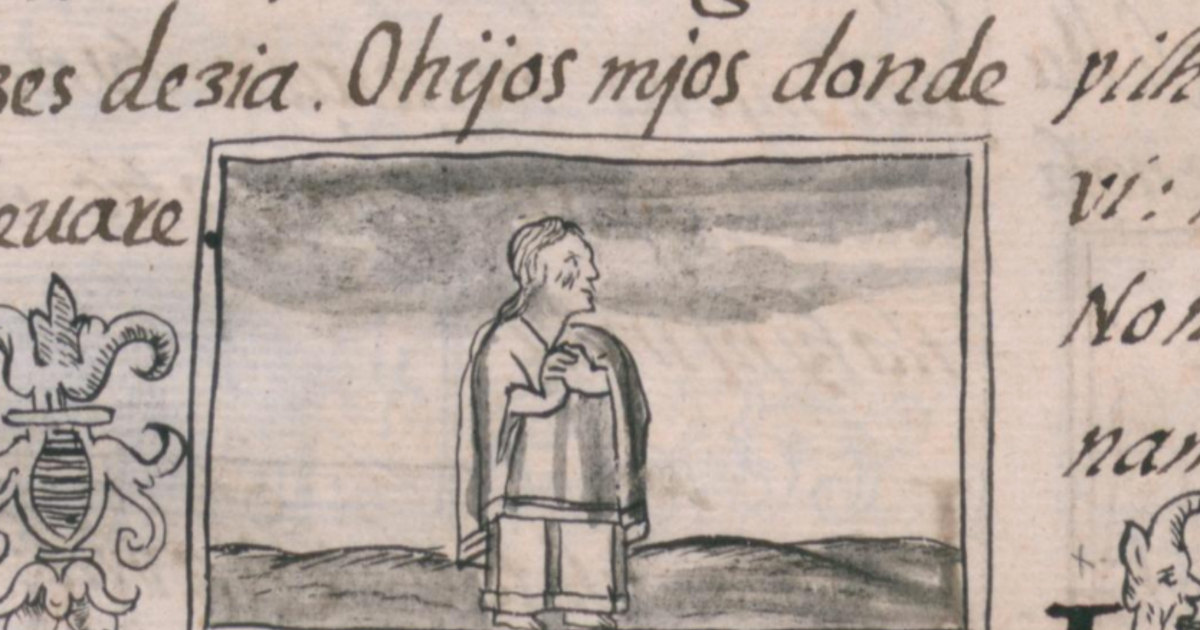 ​Many of us grew up listening to stories about La Llorona. As we grew older, we began to question the origin of such legend. Some believe La Llorona was a native woman who had children with a Spaniard during colonial times and decided to drown her children after he abandoned her. Others say that La Llorona is La Malinche who returns with remorse because of her “betrayal” towards indigenous people. There are many versions about the origin of La Llorona, but what do the earliest historical texts say about the mysterious woman dressed in white who cries for her children?
In book twelve of the Florentine Codex, native elders stated that ten years prior to the arrival of the Spaniards, the Mexica (Aztecs) and in particular Motecuhzoma (Moctezuma II), began to witness a series of omens. These prophecies signaled the arrival of men who waged war and the downfall of Tenochtitlan. Omen number six states that a woman was heard crying and screaming at night many times, "My children, we now have to leave far away!" Other times she would say, "My children, where shall l take you?" [2] The passage is accompanied by an illustration of the native woman, crying, barefooted, and clutching her hands.[3] 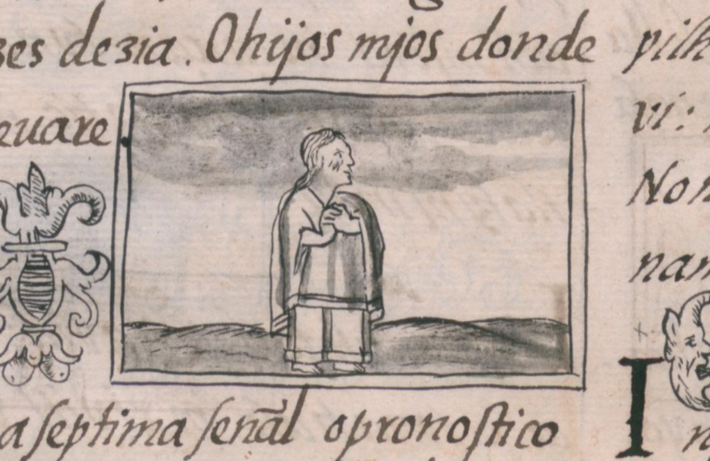 Florentine Codex: Book 12
The first and eighth books of the Florentine Codex indicate that the woman crying at night, worried for her children, is none other than the goddess Cihuacóatl, whose name means "serpent woman". In chapter six of the first book, Sahagún narrates some apparitions by Cihuacóatl. He describes her attire as "white, with her hair as if she had horns crossed above her forehead." The original version of this passage, written in Náhuatl, states that Cihuacóatl was covered in “chalk” and would “appear at night dressed in white, walking and crying”.[4] Book eight of the Florentine Codex says that a terrible famine occurred for three years during Motecuhzoma's reign prior to the arrival of the Spaniards, and "the devil who is named Cihuacóatl would appear and go around crying through the streets of Mexico.” The Náhuatl version of this passage mentions that everyone would hear her crying and saying, "My beloved children, I'm going to leave you now." The eighth book also states that during the sixth omen, a voice was heard crying and saying, "Oh, my children, we are about to be lost." The voice would also cry, "My children, where shall I take you?" At the beginning of the text describing the sixth omen, an illustration shows Cihuacóatl. She has the head of a woman, her hair combed like horns and the body of a snake.[5] Chapter two makes a terrifying assertion that took place after the conquest; Cihuacóatl ate a child that was in his crib in the town of "Azcaputzalco."[6]

Florentine Codex: Book 8
After the arrival of the Spaniards during colonial Mexico, the story of La Llorona evolved. Today’s popular versions blames La Llorona for her own tears and exonerates the Spaniards. It does not mention the foretold destruction of Tenochtitlan and arrival of the Europeans. It is important to understand that La Llorona is not just a story or folklore, it is part of Mexico’s historical record.