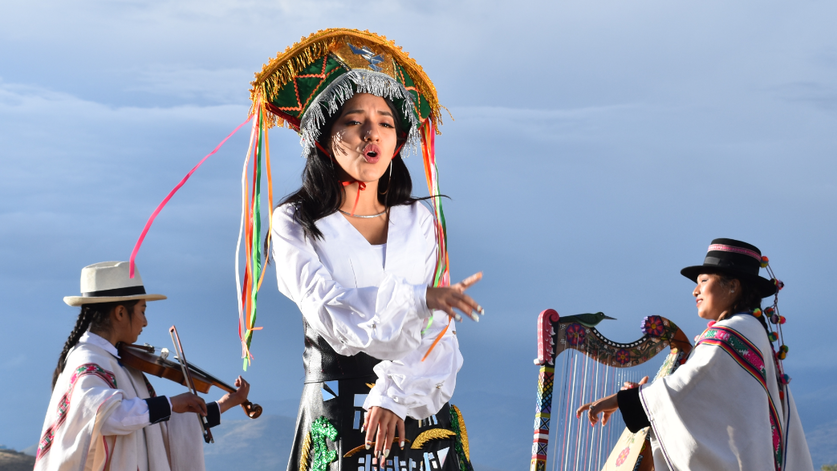 Photo Credit: Milder Flores
​Renata Flores Rivera is a Peruvian singer whose cover of the song The Way You Make Me Feel by Michael Jackson, in Quechua, became viral through social media. Quechua is the native language of the Incas in South America and, like most of our indigenous languages, finds itself in danger due to sociopolitical and economic factors. Renata Flores has decided to confront this issue and revitalize her roots through her songs in Quechua. After several years, Renata has released her own songs in the genres of Pop and Trap, such as Qawachkanchik chay Killallata (Looking at the Same Moon), Tijeras (Scissors) and Miradas (Glances), to shed light on several social issues.
GERALD PADILLA: Renata, thank you for being with us on Latino Book Review.

RENATA FLORES RIVERA:  Thank you for the interview. Sunqullay (Thank you wholeheartedly).
PADILLA: Tell us a bit about your Quechua roots. Where did the passion, pride and sense of social responsibility to preserve the language of your ancestors come from?

FLORES RIVERA: It came from home. My grandmothers speak Quechua—my family passed their roots onto me. When I was 8 years old I would ask myself why people rejected my grandmother, and when I grew up I understood it was because of her mother tongue which is Quechua. This is where my social responsibility to protect, value, respect, and love Quechua as well as our ancestors was born.

PADILLA: How did you begin your musical journey? And what prompted you to sing popular Michael Jackson and Alicia Keys songs in Quechua? 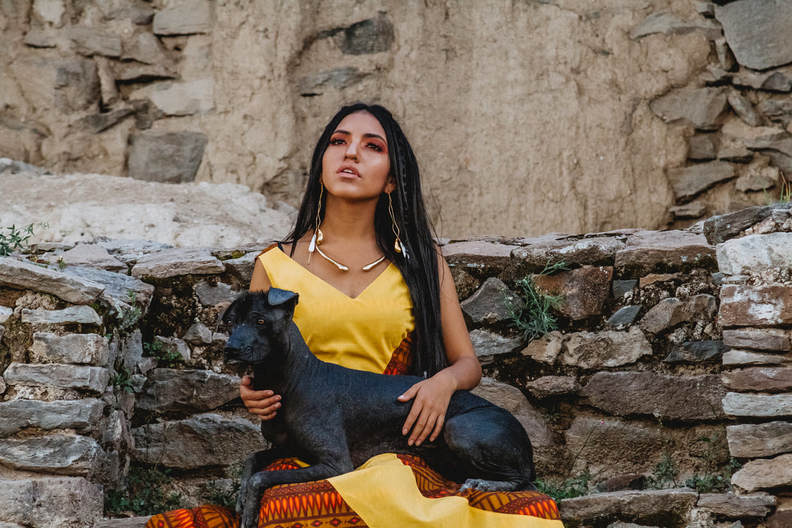 Photo Credit: Ivan de los Santos
FLORES RIVERA: It started when I was 13 years old, when I participated in The Voice Kids (Peru). I passed on to the battle phase, and was later eliminated. But I wanted to continue singing. especially a cover of The House of the Rising Sun by The Animals—I loved this song. Until one day, my mom had me listen to a Quechua version. I was really impressed because the Quechua sounded very well with the song. We recorded that cover and it became viral on Facebook. I didn't know that a lot of people were going to like it. From there, I started recording other covers in Quechua such as: Alicia Keys and Michael Jackson. They have always been my favorite singers so I started doing their covers.

FLORES RIVERA: I was inspired by our ancestors (The Inkas)—remembering great people such as Mama Ocllo, Pachacutec, etc., as well as remembering great civilizations such as Machu Pichu, Wari (The place where I recorded the song Qawachkanchik chay Killallata). With this song I wanted to portray our identity—love ourselves just the way we are.
FLORES RIVERA: I have a lot of dreams. One of them is for my music to be heard worldwide. For Quechua to be valued and not discriminated by the youth. Another dream is for them to sing my songs at the top of their voice in Quechua.

PADILLA: Are you working in any musical projects at the moment? And where can we find more of your music?
FLORES RIVERA: Yes, I'm currently working on new singles so I can have an album. You can follow me on Youtube, Instagram, Facebook, Spotify, Amazon and all of the digital platforms.

PADILLA: What message would you like to give our youth who still speak their native languages and those who perhaps, because of centuries of colonization and Eurocentric school systems, don't know their roots?
FLORES RIVERA: Don't be ashamed of your identity and ability to speak your native mother tongue. You need to treasure it, love it and respect it. Also, being respectful with people who speak their native languages will help prevent their disappearance in South America and the rest of the world.

PADILLA: Renata, thank you very much for sharing your art, vision and ideals with us. We wish you great success and a long musical career.

FLORES RIVERA: Thank you for the interview and for helping share this message.
Optimonk subscribers