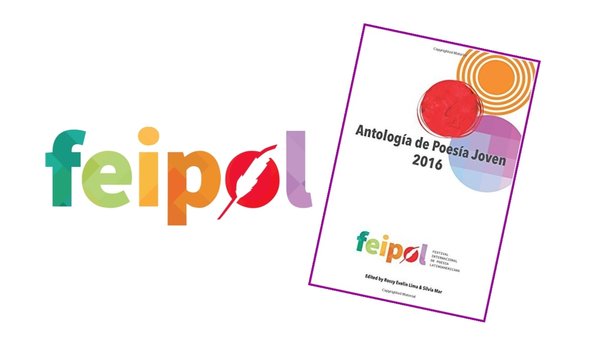 ​The Antología de Poesía Joven (FeIPoL) serves as a megaphone that amplifies the voices of one hundred High School students who live in the United States - Mexico borderlands. Three major topics stand out from this compilation: immigration, a lament for Mexico due to its current state of insecurity, and the need of retaining one's identity rather than abiding with the expectations of an hegemonic society.

Through their poetry, these millennials describe the hardships experienced by Mexican and Central American immigrants who, in order to provide for their families, pursue a dangerous journey to the US in search of the "American Dream". Moreover, these young poets illustrate how, once arriving to the US, undocumented immigrants tend to earn their living as migratory agricultural workers, working from sunrise to sunset in hazardous conditions.

​Despite the importance of their labor, these immigrants, as pointed out by the poets, are often seen as criminals who "steal American jobs" and therefore, become a target of discrimination. Through their works, these young poets raise awareness about the adversities tied to the American Dream, while illustrating the importance of treating all individuals, despite their citizenship status, in a just manner.

Driven by sorrow, some of the co-authors who reside in the US dedicate their verses to Mexico, a country whose greatness was once praised by their parents and themselves. Due to the state of insecurity currently faced in Mexico, it is no longer the country in which these poets and their parents created their childhood memories. For instance, in the poem El México de mis recuerdos (The Mexico of my memories), the lyrical voice indicates that insecurity, and not the physical US-Mexico boundary line, has become the border that separates families. "Las familias ya no pueden estar juntas/ y por primera vez no es una frontera la que las separa.../ Es la violencia."

Moreover, these millennial poets challenge the expectations of the hegemonic society by retaining their identity. They do so by going against the concept of "melting pot" which prioritizes assimilation over cultural diversity. Despite the xenophobic discourse propagated by the right-wing campaign, the authors of this anthology demonstrate their willingness to keep their customs, traditions, and heritage language in the United States (hence, this might be the reason why most of the poems are written in Spanish). Readers may expect to be admired by the efforts of resistance and cultural pride portrayed in the works of these young poets.
(Editors)
Rossy Evelin Lima (Veracruz, Mexico) is founder of the International Latin American Poetry Festival (FeIPoL) and co-author of the first Nahuatl book for children in the US. She received the Gabriela Mistral Award by National Hispanic Honor Society in 2010 and the Premio Internazionale di Poesia Altino, Italy in 2015.
​
Silvia Mar (Quintana Roo, Mexico) is a writer, teacher, and editor. Her poetry has been included in various anthologies and literary magazines such as Antología 2016 (FeIPoL), Outrage (Slough Press, 2015), Confusión de cuerpos (ALJA, 2013), Tierra Firme,  and La Otra Costilla.

Antología de Poesía Joven (FeIPoL) is a publication of Latin American Foundation for the Arts and can be purchased through Amazon. Click here to purchase.
​
Optimonk subscribers